Trying to Think in Extremes 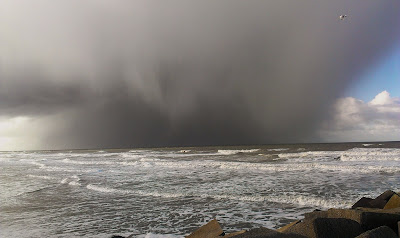 Here in the Netherlands, we are still a long way from the Middle East desert in terms of climate and distance, but this week has seen some record high temperatures. The first week of March normally averages a high of 7 Celsius, or about 46 F, but reports last Tuesday of up to 17 C made it the warmest Dutch March 5th on record.

Mother Nature’s mood swings are getting wilder, and the forecast next week calls for very low “high” temperatures down to 0 C and snow. With weather norms slipping out the window, it’s becoming more difficult to predict exactly what kind of climate we’ll be living in even in the relatively near future.

Exceptional conditions can lead to exceptional thinking about adaptation– even on a simple, personal level: packing sunscreen and scarfs in the same weekend backpack (away from the ski slopes), making Bermuda shorts from wool, equipping a swimming pool in the same month for both aquatics and ice hockey, making ice in a desert…and so on. This unusual thinking also applies to the search for energy. Who knows? Maybe there’s a way to float a kite-type device into the atmosphere to harness energy from the passing space rocks that seem to be coming our way more frequently. 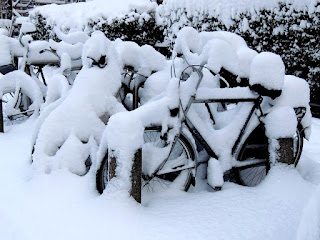 But seriously, try to think beyond the extremes in order to begin believing in the unbelievable, and see where it takes us.