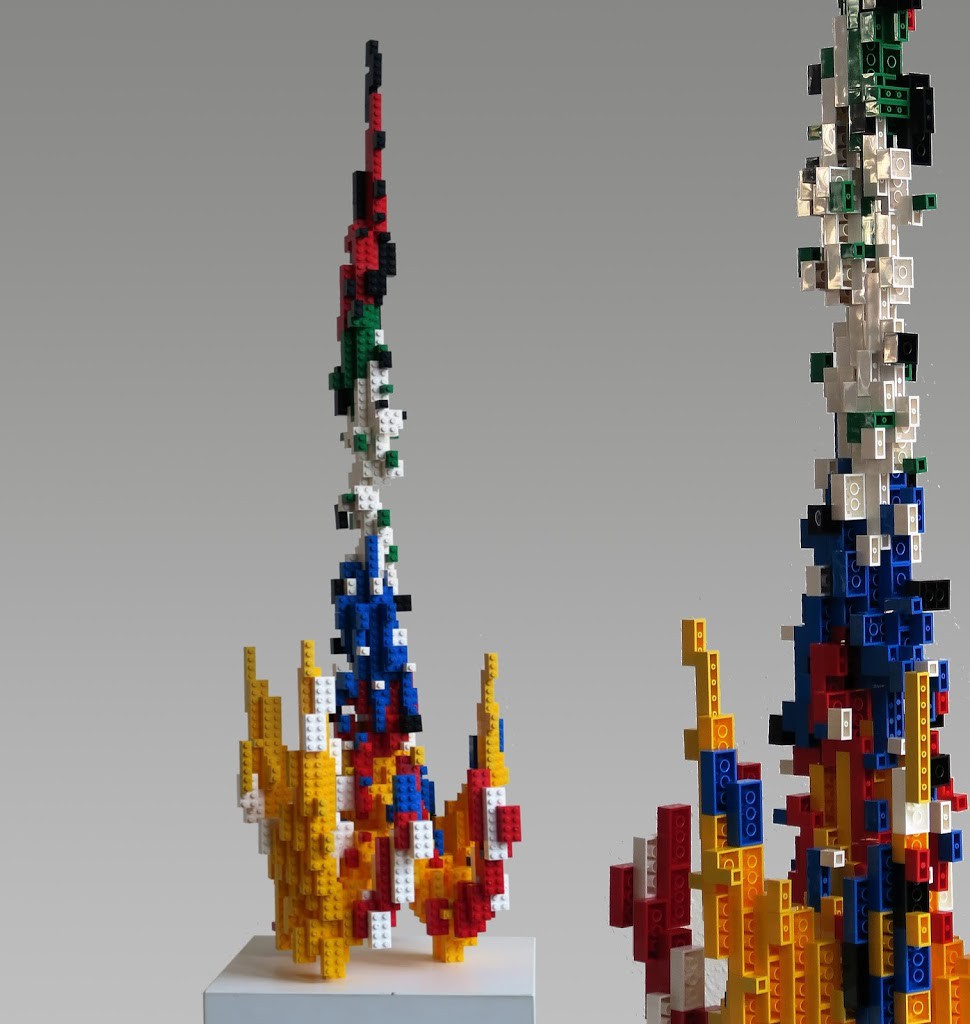 The idea of the first SunGlacier sculpture is to build a water drop-inspired structure, placed on a base of solar panels which generate the power needed to produce water out of air. The water will be released from the top of the sculpture and then drip down onto the solar panels.

To investigate the mechanics of a splash, we recorded fluids dropping on a black surface.

To “catch” the shape concept into a state closer to reality, we built a prototype with LEGOs that forms the basis of the design. Did anyone ever say that creating art couldn’t also be fun?

In two weeks we’ll start copying the LEGO cubes in real wooden cubes: the building of the final design. We already tested the water production of our condensor, and beginning 2016 we start testing the solar installation. This is a voyage of discovery in itself.

The positive potential of this project and the other solutions it could inspire became up close and personal again when I traveled to India earlier this month and witnessed the effects of a drought. The province of Gujarat produces a lot of food for the 1.2 billion people of India, but green fields are changing more and more into deserts. This year the south of India was drenched in rain while in the more northern regions, the monsoon only lasted a couple of days – demonstrating increasingly unstable climate impacts.

Except for desalination that can relieve a bit of the drought pressure in coastal regions, there are still no real alternatives for the regions more inland. Water reservoirs and rivers are drying up as well, while the demand for water was never as large as nowadays.

With Art Project SunGlacier we aim to show people around the world the possibilities of harvesting water out of the air. In our case off-grid, only using solar energy is what makes it more unique and promising. This is ultimately a work of art that hopefully can contribute to new ideas and visions to relieve future water shortages.